The New Generation Publishing author story is focusing on author C M Cardwell, who has recently published A Stones Throw.

C M Cardwell was born in Stoke on Trent and lived in Blackpool Lancashire from the age of two, she married in 1966 and had two children and later two grandchildren. She notes that she has always had a passion for writing and has always wrote since being at school and now I belong to Blackpool writers circle, Fylde Arts at Lytham,Poetry People at Thornton Clevelys and Lancashire Authors Association in Chorley. 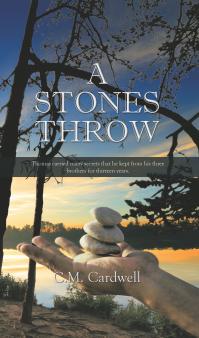 She has won many competitions for her work and her first novel called "A Stones Throw" is based on her ancestors who came down from the Isle of Skye with Bonnie Prince Charlie in 1745. The book explore how they came to settle in Lancashire. The book is the first in a trilogy which she hopes will eventually build up to the present day. Her original idea was that it was originally meant for my son Mathew who wanted me to write about his ancestors.

It was published by New Generation Publishing in December 2013. Since then she has featured in local news publications, since then C M Cardwell has given several talks in the libraries and have sold many books with 8 libraries have displaying it on their shelves.

Through her own efforts, she personally has sold over £600 pounds worth of books, many have been sold online through Amazon and on kindle around the world through family friends and various groups, who have also spread the word.

C M Cardwell has three talks lined up this year also, her second novel is in the process of being written and it's 25 years later and is their children s stories. Years of research went into the books, genealogy of the family history and what life was like on Skye and in Lancashire at that time, besides the Jacobite rebellion.

The author continues to receive great reviews from each person who has read it, which gives her hope that this second and long awaited novel is eagerly awaited.