Trophy who has spent most of his life in education has been fortunate to have worked in different countries. His parents, Remigius and Ophelia, were from Goa in former Portuguese-India, but Trophy’s career and travels took him to places his parents might never have reached: Australia, Canada, Germany, Italy, Kenya, Philippines, Spain, Tanzania, Thailand, Qatar, UAE, USA. When very young he became part of a large organization, the Salesians of Don Bosco, an international Order founded in Italy but with institutions worldwide. His dedication to his work and to youth –which was the focus of the organization—made him rise to positions of importance in the education sector, especially in India and Tanzania. He opted to work for disadvantaged youth and was entrusted, by the organization, with a Youth Project in Tanzania (East Africa), where he set up two Centres in the early 1980s, over the six years he worked there.

It was from Africa that Trophy’s career took a turn. He decided when he had barely reached his forties to go it alone. He looked to his strengths: his ability to teach, his talent in music and his flair for organization. He took up a senior position with a large education outfit, the Varkey Group in Dubai, UAE. As he had more than one string to his bow he explored some of his other skills. Besides teaching English at High School he taught TOEFL at a Language Centre. He found a gap in the market and took up teaching the violin. He saw that the large expatriate population, especially working-class people from Asian countries, lacked opportunities for music education. So he set up Dubai as an external examination centre for Trinity College of Music, London. He trained teachers to prepare their students for these exams which ran successfully for the three years he was in Dubai. He developed the centre to become, what a Trinity Examiner, David Wright, described as, ‘one of the best centres I’ve seen’.

English teaching, both mainstream and ESL, was still his forte and in 1989 he moved to the UK to teach. He taught at all levels from primary to higher education. He took breaks from his stay in the UK and taught four years in a British Secondary school in Qatar, where he also set up his own Drama Club. Among his ventures, away from the UK, he did a six-month ESL project, in a High School in New York, and teacher-training projects in Goa, India. His encounters over the years with people in different situations helped him hone his counselling skills and also provide suggestions for issues in his books. 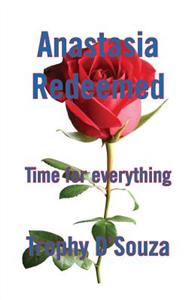 This desire to support others was developing subconsciously in Trophy. Moreover what also became apparent in his career was that he was an effective story teller. In fact whenever he visits his nephew’s little 4-year-old in London, the boy’s constant request is, ‘Uncle, please tell me a story’. Trophy incidentally also specialized in Drama with a Licentiate in Speech and Drama from Trinity College, London. This helped his story-telling in teaching as well as in the descriptions in his books. Soon anyway, mainly because of the constant appeals from his students to write, he finally decided he would give it a shot. The result was A Bumpy Ride, published in February 2012. This was followed by The Singh Saga. Both were about dysfunctional situations. Though his books are ‘fiction’, there is more than a thin line of fact in them.

In November 2012, Trophy decided to write about his African experience and so travelled to Kenya. He chose Kenya because he still has friends there and because it has settings similar to those in Tanzania. While talking to people he was impressed with the accounts from one girl, Anastasia. He decided to use her story (with her permission), as his backdrop to include details from others and from his own experience. The result was Anastasia Redeemed.
Trophy continues to write. He published two more books, The Silence Beyond the Pain (2013) and Petals and Pebbles (2014).

His blog www.trodza.wordpress.com has inspirational stories and details about his books. He is on FACEBOOK, Twitter and Linked In, but he prefers people using his email: trukay@gmail.com .