Shaida B. Mehrban born in Azad Kashmir in Pakistan during the time of remote dwellings of small villages scattered on top of massive mountains in rural lush green motherland where animals and humans lived happily together. The breadwinners had already smelt the American Dream and so had her father who was living and working in England, whilst her sister and were left to live with their mother and grandmother, a female dominated household

In 2006 Shaida started exploring her pain into words with the 1st book, Tears of Silence followed by Tears Behind the Veil in 2008 and Tears Behind Closed Doors, Blossom and I in 2010 all with Athena Press. in 2013 Remembering the Night Train was published followed by Mothers Veil in 2014, both by New Generation Publishing.

Taking part on Radio 4 Women’s Hour talking about mother tongue and lost in translation, Home away from home featured her life in transition from Pakistan to the UK a project run by a local secondary school.

Shaida also does talks for charities, women’s groups to name a few on women, literature and life experiences and as an Asian have featured in Black History Month, Author Of The Month, featured author for Book Week run in local secondary schools and last year was part of the Asian Story Telling Festival in my borough. 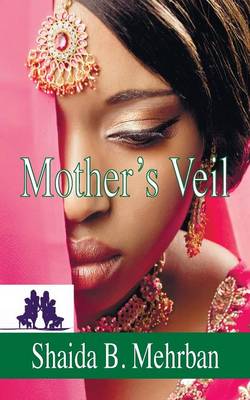