Why Ebook Publishing is Worth Considering

E-book sales for 2015 could still continue to grow if we are looking at the evidence from past statistics. Last year showed a significant improvement over when looking at the information from the past five years. The demand for e-book devices and applications has increased annually, according to Statisica.com. This could be due to the increased affordability of devices, making it a cheaper and cheaper solution for readers. Using the U.S as an example who believes that e-book sales will increase in 2017 to 8.69 billion dollars, a whopping 30 times greater than the revenue recorded in 2008. 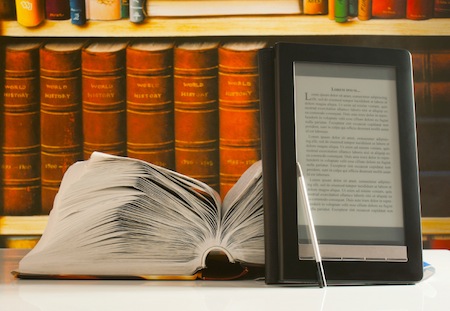 When looking at the figures for 2014 in the UK, ebook sales were up 10.5% in the first four months when compared to the previous 4 months of the year according to The Publishers Association Digital Sales Monitor. Looking further into how people in the UK access e-publications, nearly 5% of book consumption is carried out using a smart phone.

Although the reports show a significant improvement, the need for a physical copy is still a desire for a lot of readers. Which is why both options need to be made available to accommodate for the needs of the average readers in the market, with 46% of respondents reading from a hard copy of a book, and 47% claiming to use both options. Of this sample, 37% of people that made up the e-book market were aged between 18-29, which shows a particular growth for this age group.

This report only represents a small sample of information, but markets in both the U.S and the UK show at least a positive direction for growth of the e-book market, so for any authors out there the need to have a digital copy of your title is almost as important as having only hard copies available. 2015 may bring a plateau for e-book publications, but there are still a few years yet until the market is completely saturated.