My Experience of Self-Publishing by John Kitchen

My Experience of Self-Publishing led me to New Generation Publishing, having already gone through various important hoops. My manuscript, Nicola’s Ghost, had been critiqued by a Literary Consultant – in my case The Oxford Literary Consultancy headed by Stephanie Hale – and, with her support, I was taken on by a literary agent. However, our attempts at getting the book published were unsuccessful, possibly because I had no established readership and was totally unknown as a writer, making publishing my book too risky. In discussion, my agent I felt that it might be a good step to self-publish Nicola’s Ghost because, in that way, I would have the opportunity to build up a readership and make a traditional deal for a second book more likely. 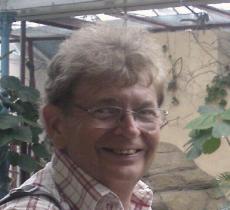 We first self-published with a large company who produced a very impressive edition. However Nicola’s Ghost is written for young people and the publisher set the retail price at £11.99, well out of reach for most children. So we moved to New Generation Publishing.

It was a excellent decision. Their director, Daniel Cooke, worked very closely with me in producing the book, consulting me fully, discussing size, type, information to go on the cover, and agreeing to use the same cover design as was used in the original version. The result, published in exactly the same dimensions as the original, retailed at £6.99 – a much more realistic price.

Many authors who opt to self-publish do all the work themselves, but the advantage in using a company like New Generation is, they do everything; registering your book, establishing copyright, creating the ISBN number and controlling distribution through all the major outlets. You don’t have to find space at home to store hundreds of copies, or be bothered with distribution. All that is done for you. They provide a sales outlet for all books by uploading it on Amazon and listing it on all book suppliers, who sell through major bookshops, by getting your book into marketing catalogues. They also ensure the royalties flow in at regular intervals, together with a breakdown of where and how your book has been sold. The royalties are considerably higher than they would be for a traditional deal and in New Generation’s case they offer you support and advice whenever you need it. 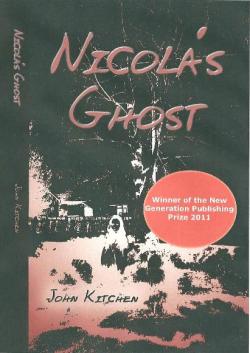 I worked tirelessly promoting the book (and myself) although self-promotion does not come easily to me (I am, believe it or not, a very retiring guy!!). I persuaded my local press to cover my visits to schools and they also kindly agreed to do a feature on me. I contacted my local radio station and was interviewed on a chat show. I prepared publicity leaflets using Vista Print and circulated these to schools and, as a result, was invited into over thirty schools to do ‘Writers’ Workshops’ and to sell signed copies of Nicola’s Ghost. I also did talks to local adult groups and libraries. New Generation downloaded an eBook version on Amazon, featured it on its website home page, listed it as a ‘recommended read’, and linked my own website to theirs, which considerably raised my own profile.

Daniel Cooke, of New Generation Publishing has a blog and issues news bulletins on the New Generation website. He mentioned Nicola’s Ghost and its various successes on several occasion as a means of promoting the book. If anything big happens he also produces and circulates Press releases. I believe he works on the principle that, if a writer is pro-active in marketing and selling his book, then he will offer support and help in any way he can.

I also benefited from a special deal that New Generation have with their authors. Each year a small number of good quality and successful books are awarded The New Generation Publishing Award which means the main traditional arm of the company, Legend Press, take over and market the book as they would a mainstream publication. Nicola’s Ghost was fortunate enough to win this award– a huge career boost – and was subsequently submitted for a competition in the US, run by The Writers’ Digest. It won first prize in the Young Adult category as: ‘Best self-published Young Adult Novel 2011’

So far I have sold over a thousand copies of Nicola’s Ghost. If I had not self-published I would not now have an enthusiastic and growing readership, and wouldn’t have won two prestigious prizes. These prizes were very definitely a career boost as in 2013, through my agent, I was offered a mainstream publishing deal with Thames River Press. My first book with them, The Spectre in the Stones has already sold several hundred copies, and my second, Jax’s House is due to be published in the spring of 2015.

To conclude. Self-publishing is really worth it and I have found New Generation Publishing remarkably supportive. Daniel Cooke, on hearing that I had secured a traditional deal on A Spectre in the Stones, phoned my agent to ask if he should issue a press release about my success! Now... did you have any idea that self-publishing concerns would go that far in support of their authors? The self-publishing scene is certainly changing, and that is really good news for all prospective authors.

For more information about John Kitchen and his books, he can be found on his website, or his books can be found on Amazon or through our bookstore, Kamazu's Big Swing Band and Nicola's Ghost.