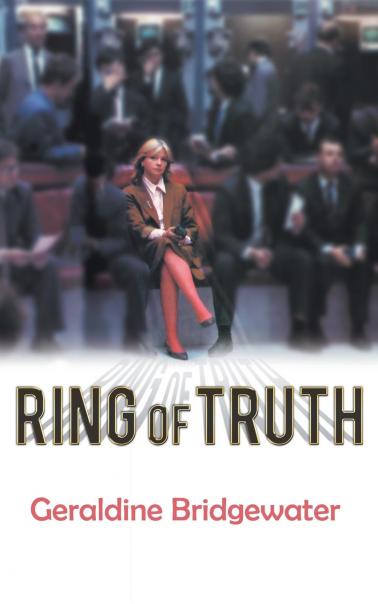 "Ring of Truth" is the uplifting autobiography of Geraldine Bridgewater, the first woman to trade on the London Metal Exchange. From lowly beginnings as a telex operator and general assistant, she rose to the dizzy heights of dealing in the famous 'Metal Ring' at London's Metal Exchange. Although she broke with convention by becoming the first female trader of the 1970s, she did very well for herself in this definitive 'man's world' and witnessed the advent of such modernisations as the shift from manual to computerised trading, she also suffered extreme stress and a 'loss of soul' in the City's soulless, money-orientated environment. This book is the dramatic story of how she broke into that world, thrived in it, yet ultimately decided to trade it in for a more satisfying and nurturing lifestyle.

Geraldine Bridgewater worked in the City of London for nearly twenty years starting as a telex operator before becoming authorised to trade in the ring as the first Woman Dealer on the London Metal Exchange. Her struggle to achieve equality and become a trader during the 70's and 80's was recorded in the press and radio. Newspaper and magazine articles followed her steps from lowly beginnings to the peak of success in an openly hostile environment that was proud to call itself 'A male dominated bastion'. In 1983 Geraldine was granted the Freedom of the City of London in recognition of her achievements and went on to become Head of Public Affairs and Training for the newly formed Association of Futures Brokers and Dealers. By 1987 greener pastures beckoned and Geraldine moved to Exmoor where she developed her interests in Archaeology, Painting and Organic Farming. After a short break Geraldine resumed her career in Public Relations for the Health Service before taking up a post as Sustainable Development Co-ordinator for West Somerset District Council.