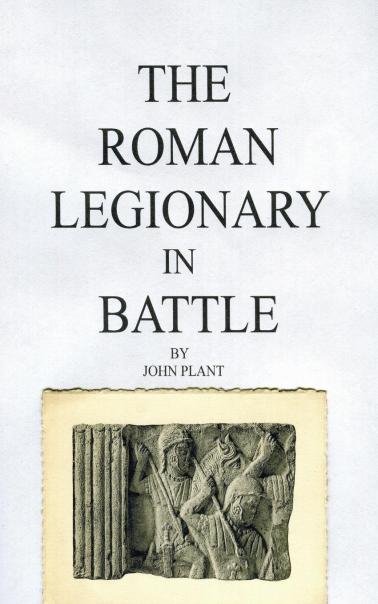 This book is an account of how the Roman legions fought, based on the point-of-view of the ordinary legionary, the man who actually did the fighting. The fighting soldier is, of course, the most important man in any army and yet, so often, the least understood. The book shows how he was deployed within his cohort and how he functioned in contact with the enemy. To do this it considers the hoplite phalanx and how the legion developed from it the way it did. It looks at the Battle of Cannae to see why the legionary system failed there, and considers how the legion handled a variety of foes such as barbarians, cavalry, the Macedonian phalanx and other legions. It also considers how the legions became finally obsolete.

References are given for each chapter, as much as possible they are easily accessed Penguin Classics or Loeb editions.